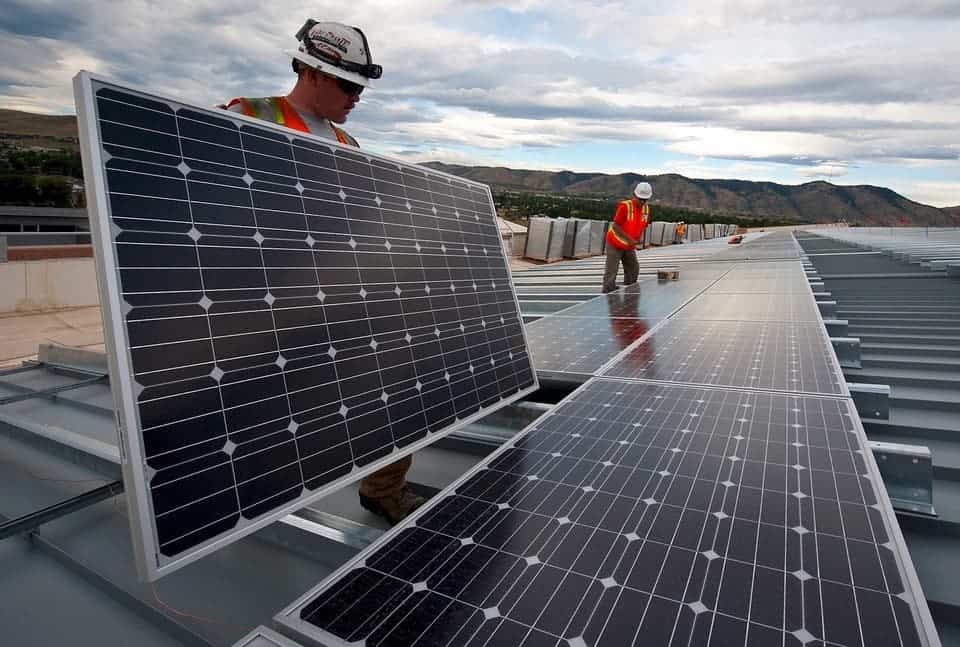 If you told the average person only thirty years ago that black panels left in the sun would generate copious amounts of electricity for homes and businesses, the likeliest reaction would have been a condescending grin. Luckily the technology to capture energy from the sun — which shines enough light on Earth’s surface in an hour to power the whole world’s energy for an entire year — has improved immensely, to the point that for many homeowners it’s cheaper to install solar panels on their rooftop than to use the grid.

The first solar cell was constructed by Charles Fritts in the 1880s and had a conversion efficiency of just 1%. But today the most efficient commercially available solar panels on the market have efficiency ratings as high as 22.5%, while the majority of panels range from 12% to 16% efficiency rating. However, solar efficiency can climb to rated efficiencies as high as 46%, in the case of multi-junction photovoltaic (PV) cells that pick up energy from multiple different spectra.

If all this sounds somewhat familiar, it’s because plants have been harnessing energy from the sun for hundreds of millions of years. But, although both processes harvest energy from sunlight, they use that energy in different ways. Plants convert the sun’s energy into chemical energy, whereas solar cells produce electricity. This leads us to an important question: how do solar panels work?

Solar panels generate electricity when photons knock electrons off from the material. In fact, a solar panel is comprised of an array of smaller units called photovoltaic cells, which are the things that actually convert solar energy into electricity. The typical solar panel is additionally comprised of a metal frame, a glass casing, and various wiring to allow current to flow from the silicon cells. Because solar panels generate direct current, an inverter is also required to allow you to use the electricity in your home.

In terms of physics, solar power is predicated on the photovoltaic effect (photo meaning “light” and voltaic meaning “electricity”), in which two dissimilar materials in close contact produce an electrical voltage when struck by light or other radiant energy. In solar energy, the materials belong to a class called semiconductors — neither conductors nor electrical insulators that allow electrons to flow under certain conditions. The most common semiconductor used in the solar industry is silicon.

P-type semiconductors tend to pick up a small positive charge while N-type ones have a negative charge. Typically, the semiconducting material is doped with impurities that make them more susceptible to donating or accepting electrons because crystals such as silicon or germanium do not usually allow electrons to move freely from atom to atom. It’s all very similar to how one of the battery’s electrodes has a negative voltage with respect to the other.

It’s the P-N junction where electrons are free to cross from one side to the other, but not in the opposite direction. Imagine a hill — electrons can easily go down the hill (to the N side), but can’t climb it (to the P side).

Each photon with enough energy will normally free exactly one electron, causing a ‘hole’ to form. The electric field will then cause the electron to migrate to the N side and the hole to the P side.

This happens when an electron is lifted up to an excited state by consuming energy received from the incoming light. Were it not for a junction-forming material, the free electrons would have eventually fallen back to the ground state.  And because the electrons are only allowed to flow in a single direction — from N-type to P-type — the photovoltaic effect produces a direct current.  This current, together with the cell’s voltage, defines the power (or wattage) that the solar cell can produce.

According to the International Energy Association (IEA), photovoltaic solar power grew faster than any other energy source in 2016. The organization estimates that more solar capacity will be added in the next four years than any other type of renewable energy, including wind and hydropower.

Much of this demand comes from China, which is expected to add 40% of the world’s new solar panels between now and 2022, despite having already surpassed its solar power target for 2020. Along with developments in other countries, such as India, Japan, and the US, the IEA estimates that by 2022 the world will triple its PV cumulative capacity to 880 GW. This is equivalent to half the global capacity in coal power, which has taken 80 years to build. This also means that in the next five years, about 70,000 new solar panels will be installed every hour – enough to cover 1,000 soccer pitches every day.

Scientists Study Ice Shelf by Listening to Its Changing Sounds

A Record 250,000 People Participated in Veganuary