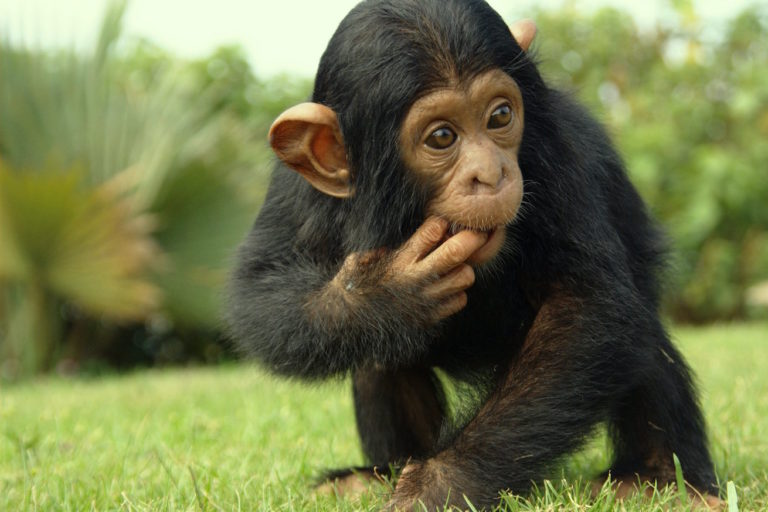 Entebbe, Uganda — At the Uganda Wildlife Conservation Education Center in Entebbe, a steady stream of school buses drops off hundreds of children from across eastern Uganda.

The center, located on the shores of Lake Victoria, about 42 kilometers (26 miles) south of the capital, Kampala, aims to inspire students and researchers to care about Uganda’s most famous endangered species and the environment they live in.

Formerly known as the Uganda Wildlife Ed­u­ca­tion Cen­ter and still referred to as UWEC, it first opened in 1952 as a re­cep­tion cen­ter for an­i­mals that were found sick, in­jured, or­phaned or con­fis­cated from il­le­gal trade. In the 1960s, it became a zoo, and then in 2013 it was transformed into an education center as part of a larger drive to incorporate conservation education into the national curriculum.

The center, run by a trust, is now a key part of the government’s plans to main­tain con­ser­va­tion ed­u­ca­tion efforts and show­case Ugan­da’s unique natural her­itage. 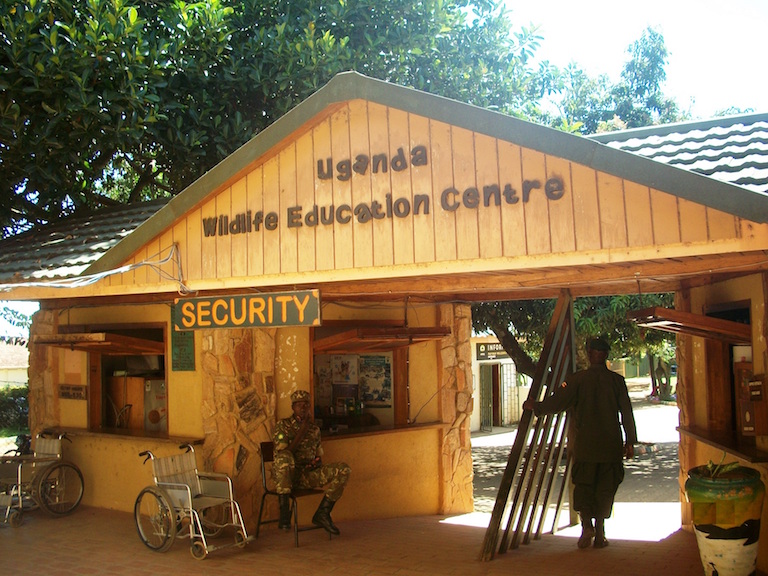 The entrance to the Uganda Wildlife Conservation Education Centre in Entebbe. Photo by Nangayi Guyson for Mongabay.

Uganda ranks among the top ten most biodiverse countries globally. More than half of Africa’s bird species, some 1,020, can be found in the country, along with 13 primate species. Uganda is home to around 400 mountain gorillas (Gorilla beringei beringei), out of a global population of around 1,000, as well as nearly 5,0000 chimpanzees (Pan troglodytes).

But these species face grave threats from humans.

In addition to habitat loss, chimps in Uganda are threatened by hunting. While most ethnic groups in Uganda have not historically eaten apes, due to cultural taboos, a recent study conducted by the Cross-Cultural Foundation of Uganda (CCFU), an NGO, found that population growth and changing demographics have put apes in the crosshairs. According to the CCFU, in some communities in the Bunyoro and Rwenzori subregions, home to national parks that are key habitats for great apes, up to 80 percent of the inhabitants are migrants, mostly from neighboring countries like Rwanda and the Democratic Republic of Congo. As newcomers  searching for food, charcoal and land to cultivate and build on, these migrants are more likely than established local populations to cut down trees and encroach on forests

Even where apes are not specifically targeted by hunters, the demand for bushmeat takes a toll, since chimps, particularly younger or smaller individuals, are often killed or maimed by traps set for antelopes and other forest animals. Although snare hunting is illegal, studies have found that in some parts of Uganda, up to one-third of chimpanzees have been injured by snares.

Recognizing the need to protect the country’s wildlife, Uganda’s government has introduced a series of conservation laws.

In 2014, the cabinet introduced the Uganda Wildlife Policy, which aimed to provide overall policy guidance for the conservation and development of wildlife resources. After conservationists protested that the policy didn’t impose strong enough sentences for violations, the government introduced Wildlife Bill 2015, which proposes tough penalties for wildlife crimes, ranging from a minimum fine of $2,400 to a maximum of life in prison.

According to the executive director of the National Forestry Authority, Tom Okello Obong, forest restoration is now a priority for the government, with the country’s long-term development plan calling for forest cover to increase from the current level of 18 percent of total land area to 24 percent by 2040. “We have embarked on planting 200 million trees in all national forests and forest reserves across the country,” he said.

New policies have also been put in place to tighten protections for apes within those parks, including a ban on human visitors with colds or other illnesses, and an increase in training for rangers and scouts. However, the government estimates that more than half of Uganda’s wildlife still lives outside of designated protected areas, mostly on privately owned land, a subject of urgent concern.

The government also says it is working to crack down wildlife crimes. In a September appearance at Murchison Falls National Park, President Yoweri Kaguta Museveni announced that he had instructed customs authorities to install scanners to help detect illegal wildlife products at border crossings, and that specially trained sniffer dogs have been put to work at the country’s airports.

Beyond punishing those who violate the law, a key aspect of Uganda’s conservation plans is to educate future generations about the importance of protecting wildlife. The government has included conservation education in the national curriculum, an effort complemented by the establishment of wildlife education centers in national parks across the country.

The center in Entebbe is the country’s busiest; according to executive director James Musinguzi, it receives more than 260,000 guests each year.

Trained guides take these visitors through a tour of the facility. They help identify the animal species in both English and local languages, talk about their habitats, cultural value and conservation status, as well as recount anecdotes about individual animals and help guests identify actions they can take to help ensure the species’ survival. They also encourage schoolchildren to learn the importance of wildlife and its conservation.

Although the tours are intended to be interesting for guests of all ages, a special emphasis is placed on making the information meaningful and entertaining for schoolchildren. The sessions also tie into the official national curriculum, reinforcing classroom learning with experiences with live animals and multimedia presentations.

“Most of the schoolchildren who visit this center learn about how important wildlife is to our communities,” says Sunday Ojok, who works at the center as a tour guide. Ojok says the children are particularly interested in learning more about Zakayo, who was the oldest chimp in Uganda until his death in April at the age of 54. Now, Ojok says, children learn about his successor, Zakayo II.

The center also endeavors to reach out to less privileged schools and communities through organizing talks, exhibitions, camps, overnight stays and educational trips.

Musinguzi said UWEC was taking conservation education to the community to get them invested in conservation efforts and ensure that wildlife is protected. He said he hoped the community would understand the dangers of habitat destruction threatening wildlife across the country.

“The major problem we have now is habitat destruction. We are engaging frontier communities and everyone in the country to ensure that they see conservation as something [that’s] part of them,” he said.

UWEC collaborates with national and international conservation initiatives, such as the World Association of Zoos and Aquariums’ “Biodiversity is Us” campaign and Care for Karamoja (C4K), a conservation project in the country’s northeast.

The center is also developing conservation education programs for Uganda’s national parks. “We have worked on the bushmeat crisis awareness materials for Murchison Falls Conservation Area, and now supporting the Lake Mburo National Park,” Musinguzi said. He added that it was through inspiring children with talks and trips to see animals “that we can influence their morals and behavior to become responsible stewards for Mother Earth.”

The center also provides practical, hands-on opportunities for older students through internships and industrial placements that are part of their degree or diploma requirements, and gives them much-needed work experience.

Instilling in communities a reverence for wildlife, particularly from an early age, is key to conservation efforts. Similar to the nongovernmental UWEC, the state-backed Uganda Wildlife Authority (UWA) is also involved in community outreach and awareness programs.

“The people around the forests are being trained about the importance of wildlife and allowed access into forests with permission to get herbs, or for spiritual purposes,” he said.

“Conservation is about caring,” he added, “in that you don’t destroy forests or kill animals.”

“I agree that wildlife conservation education centers will play a big role in conservation efforts,” he said. “But if tough measures have not been put in place by government against the drivers of deforestation and degradation of the ecosystem including illegal poaching and other threats posed to apes, these centers may do very little.”

But for those like Moses Okello, a seventh-grade student, they’re a good starting point. Okello says he’s learned, through several visits to the Entebbe UWEC, that humans and chimpanzees share 99 percent of their DNA. “That makes them our closest living relatives,” he says. “This makes me see them as people, and I plan to study environmental science so that I can protect them in future.”