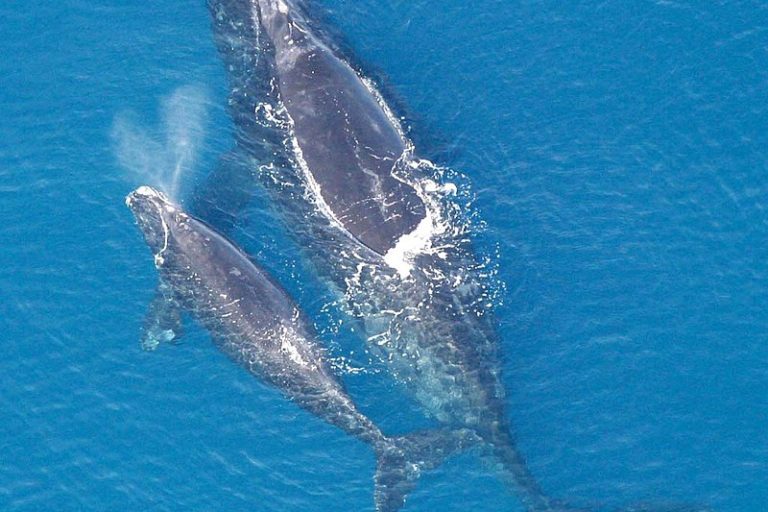 There’s finally some good news for the troubled North Atlantic right whale, one of the most endangered whale species in the world. After a year when no newborns were confirmed, whale surveying teams have observed three whale calves during the 2018-2019 calving season, off the coast of Florida, U.S., according to the state’s fish and wildlife conservation commission.

Researchers spotted the first calf in late December, followed by another sighting on Jan. 6, calling it a “sight for sore eyes” on their Facebook page. “The weather outside may be frightful, but endangered species observers with Coastwise Consulting were hard at work aboard the dredge Bayport when today, they spotted the first North Atlantic right whale calf of the 2018-2019 season!” the team wrote in a Facebook post Dec. 29. “The whales were sighted near the St. Johns River entrance, slowly moving north. The mother, Catalog #2791, was seen just 5 days ago off Georgia.”

The third calf’s mother, identified as Catalog #1204 by researchers, has given birth to at least nine calves in her lifetime. This “makes her one of the most successful mothers in the population. Only two other North Atlantic right whales are known to have given birth to nine calves,” the team writes. 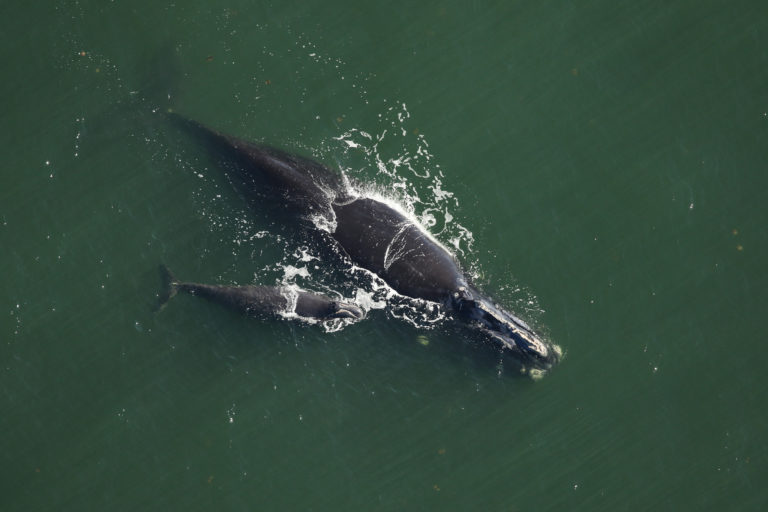 First calf of the 2018-2019 calving season spotted off the Florida coast with its mother. Image courtesy of FWC Fish and Wildlife Research Institute via Flickr (CC BY-NC-ND 2.0)

The North Atlantic right whale (Eubalaena glacialis) is one of the world’s most threatened species of whales. After being nearly wiped out by centuries of commercial hunting, the species’ numbers grew in recent decades to 500. But since 2010, its population has been declining once again, due to a combination of human-caused factors like collisions with ships and entanglement in fishing gear, as well as a birth rate that seems to be dropping. Only around 400 North Atlantic right whales are estimated to survive today.

The last few years have brought a spate of bad news for the whales: 20 right whale deaths were recorded over 2017 and 2018, equivalent to a loss of more than 4 percent of the population. Moreover, during the 2017-2018 calving season, when North Atlantic right whales typically migrate from the Atlantic waters off Canada to the coastal waters off the coasts of Florida and Georgia in the southeastern U.S., no newborns were confirmed.

With the population struggling in recent years, the latest births of North Atlantic right whale calves have brought in some much-needed joy.

“Every new calf is helping the population as a whole grow and make this recovery back from almost being removed from the planet — every new calf is a contribution away from that, so we all get very excited about that,” Jennifer Jakush, a scientist with the Florida Fish and Wildlife Conservation Commission, told the New York Times.

The most important conservation law you’ve never heard of