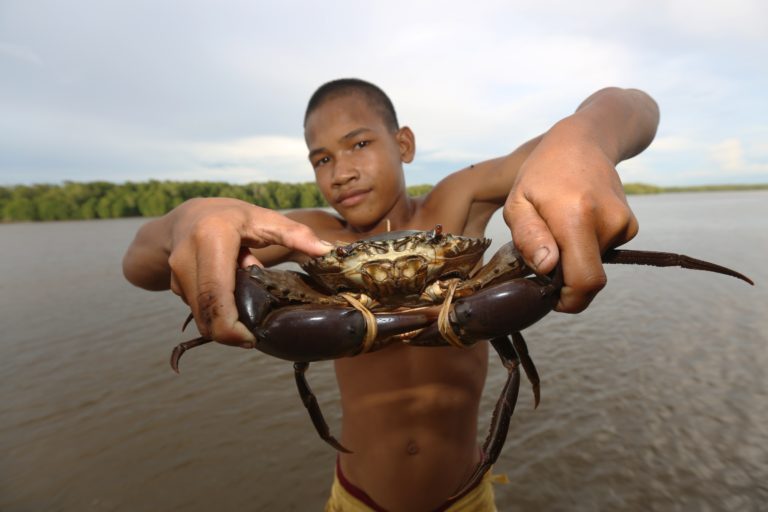 The outboard motor thrums as the boat makes gentle progress along one of 19 tributaries of the Nibung.

The Mak Janda tributary is named for a woman who lived along the river. Years ago, after her husband died, she stayed on for a while before moving to be nearer other people. Fishermen then converted her house into a base to fish. They named the river Mak Janda, or “Mother Widow.”

Here in West Kalimantan, one of 34 provinces in the world’s largest archipelagic nation, mangrove forests occupy approximately 1,000 square kilometers (386 square miles) and are home to around three-quarters of all Indonesian mangrove species.

Mangrove cover remains fairly thick in Kubu Raya, the coastal district south of the provincial capital, Pontianak, where you find the Nibung River. But the distinctive trees with their above-water breathing roots have faced sustained pressure in Sungai Nibung due to settlement building and demand for firewood. In other nearby villages, mangrove dieback has proved extensive. Anecdotal reports indicate fishermen there are struggling. 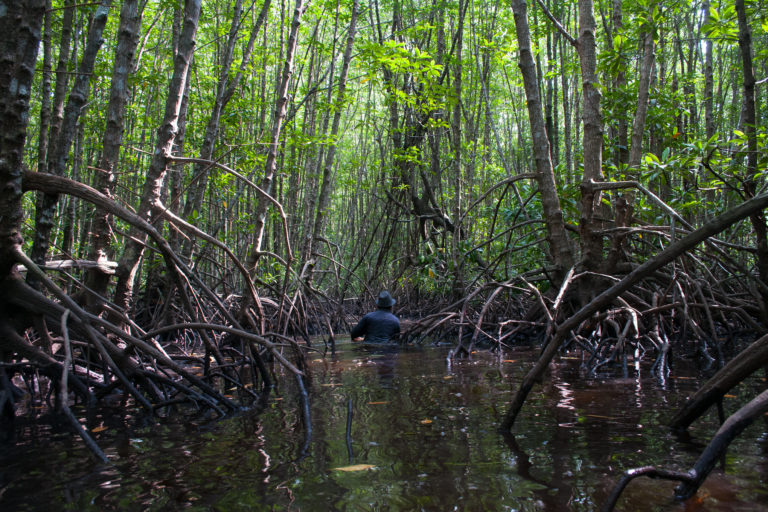 A scientist from the Center for International Forestry Research traverses a mangrove swamp elsewhere in Kubu Raya. Mangroves are among the most carbon-rich forests in the tropics. Image courtesy of CIFOR.

The recovery in Sungai Nibung isn’t happening entirely in isolation in Indonesia. In Kaimana district, for example, on the southern coast of West Papua province, a community employs similar temporary closures to protect sea cucumbers. At the national level, policy is driven by Susi Pudjiastuti, Indonesia’s colorful fisheries minister, who courts headlines with a popular set piece: blowing up seized illegal foreign fishing vessels in front of journalists.

In 2016 the ministry issued a regulation requiring local governments to draw up local fisheries management plans and embark on collecting data recording fish stocks. The regulation requires these fisheries plans to “guarantee sustainability.”

In 2017 the Sungai Nibung village government began closing tributaries to any extractive practices. The closure was decided after consultation with the village’s natural resources co-op, the forest management office, fishermen and Planet Indonesia. The local government established patrol teams to monitor and enforce the moratorium. On one occasion, a patrol arrested someone from a nearby village, but decided to let them go without sanction.

“Maybe they didn’t know,” says Planet Indonesia’s Riyansyah. “But now they do know about the open-close system, the news should spread.” 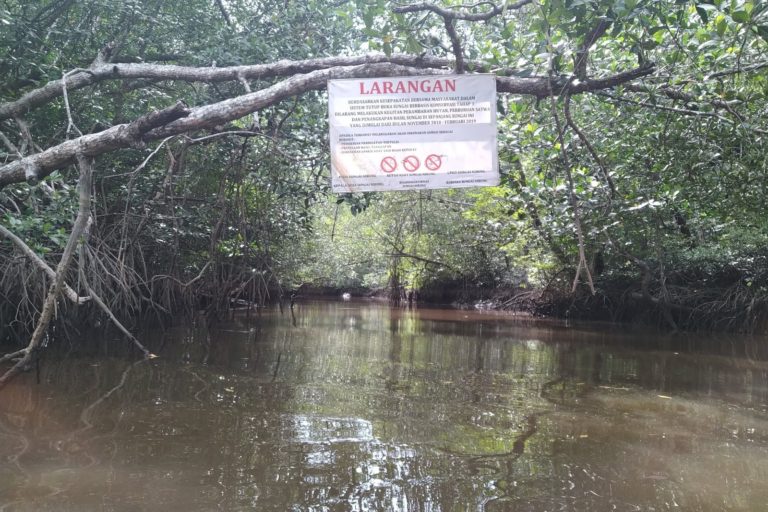 “Larangan” means “forbidden” in Indonesian. The sign hangs above a river in Sungai Nibung. Image by Aseanty Pahlevi for Mongabay.

The first period saw closures from October-December 2017. The second phase shuttered the rivers from April-July 2018.

The result was not only a jump in overall catch volume, but also a reported increase in the weight of individual crabs caught. Crabs weighing 1.4 kilograms (3.1 pounds) were pulled from rivers, fishermen said.

Planet Indonesia surveys indicate the average income of fishermen after the first moratorium increased by 55 percent. By the end of the second phase in July last year, incomes had soared by 70 percent compared with the pre-moratorium baseline. 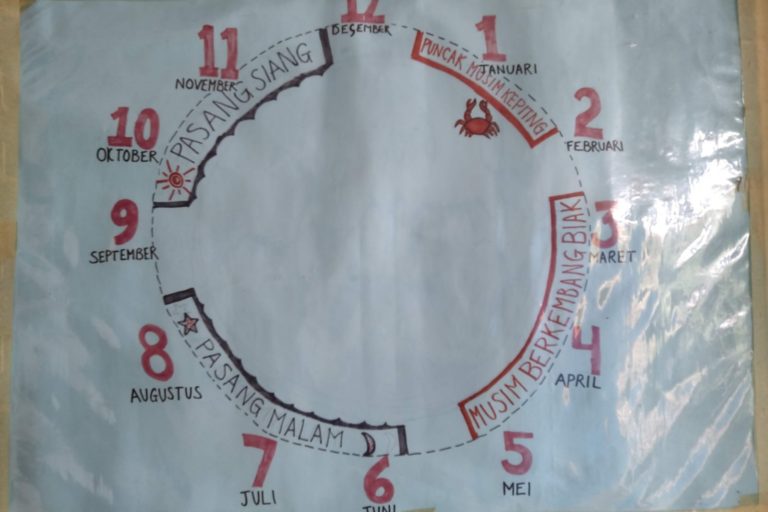 A chart shows the peak of the crab harvest is from December to February. Image by Aseanty Pahlevi for Mongabay.

“Since this was applied there are more crabs,” Jamalludin, head of the natural resources co-op in Sungai Nibung, tells Mongabay. “After we closed for the second time [in July 2018] it turned out to be a great success.

“I would guess the catch increased by 50 percent,” he says.

Grevy’s Zebra Results are out