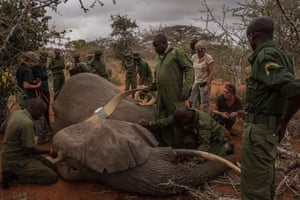 The elephants who crossed the railroad

In March 2016, Save the Elephants and the Kenya Wildlife Service collared 10 elephants to assess how the animals were adapting to a new railway bisecting Tsavo national park. They wanted to see if the elephants would use a series of underpasses that the construction company had been persuaded to include. The Guardian reports that within 30 days, half of them had. Highly adaptable individuals have even been recorded passing through drainage culverts as small as three metres wide. 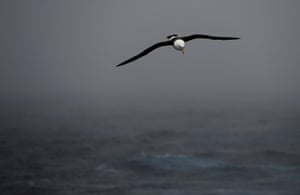 Between breeding seasons, grey-headed albatrosses take sabbaticals. Tracking data from light loggers has revealed three distinct behaviours: “residents” stay near their breeding area in the southwest Atlantic; “shorter-distance migrants” fly to the Indian Ocean and back; and “circumpolar migrants” round the entire Southern Ocean, sometimes twice. By the time a migrant reaches the Kerguelen Islands, strong tailwinds make it easier to continue circling Antarctica than to turn back and fly into the wind. 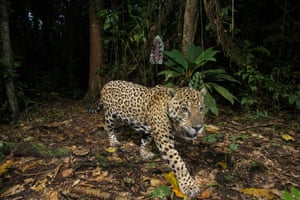 About 20 years ago, scientists began using motion-activated camera traps to spot the elusive cats in study areas the size of Manhattan. From these sightings, they derived population estimates. Then in 2011, a GPS-collared jaguar in Peru showed that jaguars can have ranges 10 times the size of Manhattan. That meant prior camera-trap studies likely overestimated jaguar densities because their coverage areas were too small. In 2014, researchers installed 89 cameras across 650 square kilometres of Peruvian Amazon to get the full picture. 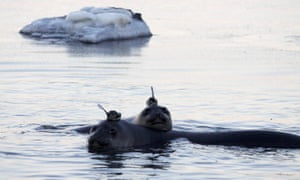 The seals who map the Southern Ocean

Remote sensing tells us not only where animals go, it can also tell us about the environment an animal is moving through. To date, GPS-tagged elephant seals – with foraging dives as deep as 1,500m – have collected more than 500,000 measurements of sea temperature and ocean salinity around Antarctica and under ice shelves. Their continual data streams keep oceanographers up-to-date on the changing climate, while educating us about their daily lives. 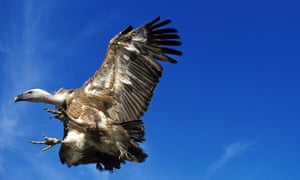 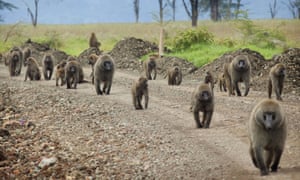 How baboons move as one

When baboons disagree on where to forage, they don’t split up; with leopards around, it is safer to stick together. So how does a troop settle a dispute? To find out, researchers in Kenya fitted 25 olive baboons with GPS collars set to record one position every second for four weeks. From more than 20m data points, they found a pattern. When the angle of disagreement between paths is small, the troop compromises and follows a middle path. If the angle is large, majority rules. 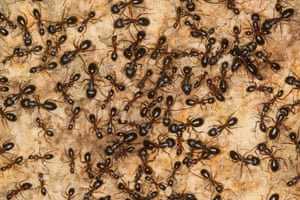 The ants that change jobs

After gluing tiny barcodes to carpenter ants and filming them in an artificial nest for 40 days, researchers discovered distinct roles in ant society. Young ants start as nurses, tending to the queen’s brood, before becoming nest cleaners and, finally, foragers in old age. In the absence of central command, ants use age and spatial segregation to delegate tasks.

• Where the Animals Go is published by Penguin, paperback £14.99.

Working landscapes can be used for species conservation alongside economic activities