Researchers at the North Carolina State University have discovered a new species of ancient shark. While related to the megalodon, the largest shark ever to prowl the oceans, the new species — dubbed Galagadon nordquistae — is quite small. 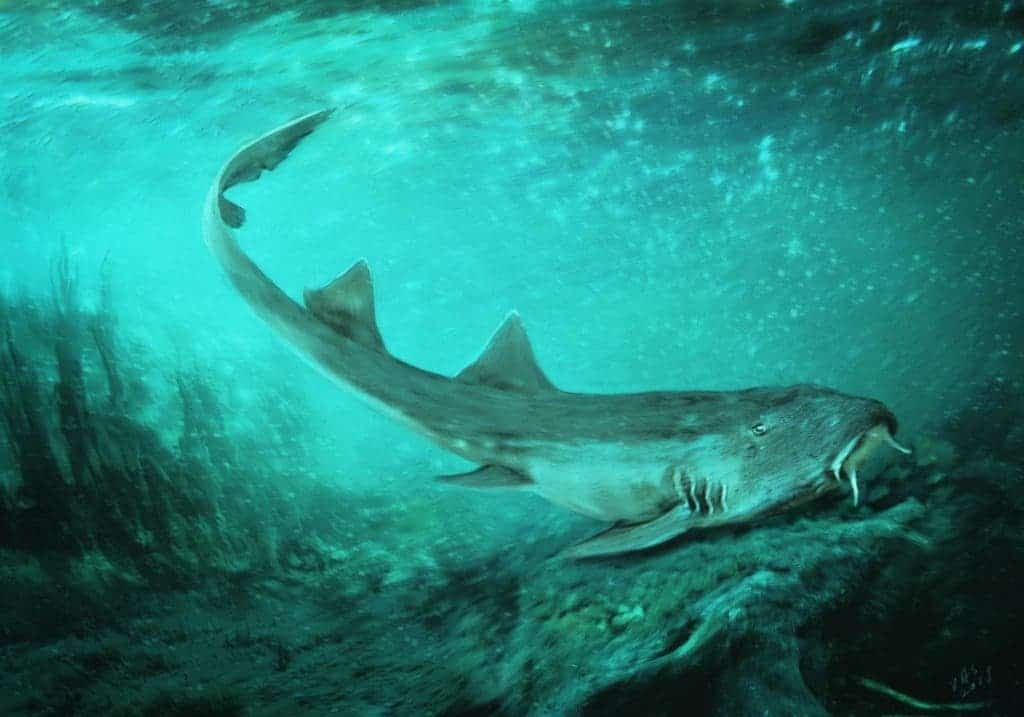 One of its most striking features also gave the species its name: this shark’s tiny teeth resemble alien spaceships from the 1980s video game Galaga.

G. nordquistae is related to both the huge (and now-extinct) megalodon and modern-day carpet sharks, such as the “whiskered” wobbegong. It lived during the Cretaceous in what is today South Dakota — likely in rivers and ponds, the team writes. South Dakota was very different 67 million years ago, with sprawling forests, deep swamps, and winding rivers, says Gates.

During its day, G. nordquistae likely didn’t pester the big folk at the top of the food chain — rather, he dealt with those living at the bottom. Quite literally: Galagadon had teeth that were good for catching small fish or crushing snails and crawdads, not for munching on dinosaurs.

Over two dozen of the shark’s tiny, fossilized teeth — each one measuring less than a millimeter across — were recovered from the same sediment in which paleontologists at the Field Museum uncovered Sue. Gates sifted through the material (almost two tons of it) with the help of volunteer Karen Nordquist, whom the species name of nordquistae, honors. Despite their very tiny stature, Gates says the discovery of Galagadon is an important step towards fleshing out our understanding of the fossil record.

“Every species in an ecosystem plays a supporting role, keeping the whole network together,” he says. “There is no way for us to understand what changed in the ecosystem during the mass extinction at the end of the Cretaceous without knowing all the wonderful species that existed before.”

Gates himself says that finding these microscopic teeth “sitting right beside the bones of the largest predators of all time” is nothing short of amazing.

“These teeth are the size of a sand grain. Without a microscope you’d just throw them away.”

Gates credits the idea for Galagadon’s name (based on the video game Galaga) to middle school teacher Nate Bourne. Bourne worked alongside Gates in paleontologist Lindsay Zanno’s lab at the North Carolina Museum of Natural Sciences.

The paper “New sharks and other chondrichthyans from the latest Maastrichtian (Late Cretaceous) of North America” has been published in the Journal of Paleontology.

Audio: The sounds of a rare New Zealand bird reintroduced to its native habitat