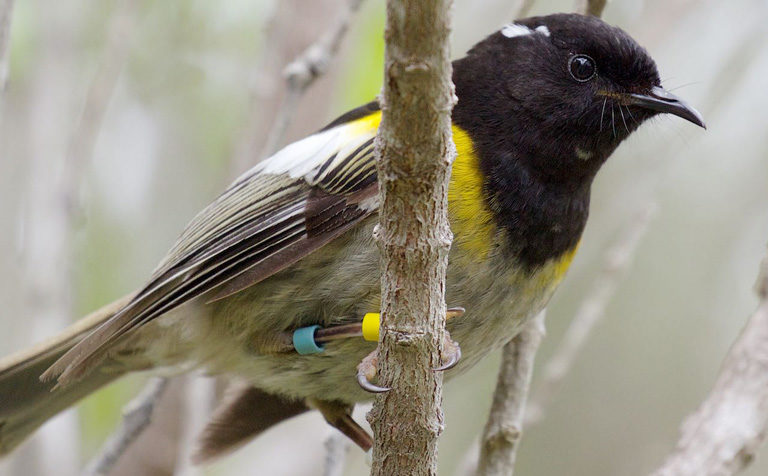 On today’s episode, we speak with Oliver Metcalf, lead author of a recent study that used bioacoustic recordings and machine learning to track birds in New Zealand after they’d been reintroduced into the wild. In this Field Notes segment, Metcalf plays some of the recordings of the hihi, also known as the stitchbird, that informed his research.

Early this year, Zuzana Burivalova, the forest researcher behind Mongabay’s Conservation Effectiveness series, together with co-author Rhett Butler, Mongabay’s CEO and founder, published a commentary in Science arguing that bioacoustics could be an important tool in assessing what’s working and what’s not working in conservation.

Oliver Metcalf has just published a study in the journal Methods in Ecology and Evolution that tested this potential by using bioacoustics to track birds in New Zealand known as hihis or stitchbirds after they had been reintroduced into the wild. Metcalf is a PhD Candidate at Manchester Metropolitan University in the UK, but he led the study as a masters student at Zoological Society of London’s Institute of Zoology and Imperial College London.

The hihi was previously wiped out in its natural habitat on mainland New Zealand and subsequently confined to just one small northern island, but the Zoological Society of London (ZSL) has been helping to reintroduce hihis in reserves across the mainland. Metcalf studied how well the birds are settling into their new home in the Rotokare Scenic Reserve, which has been cleared of the invasive mammals that led to the bird’s decline in the first place. He plays us some examples of the audio data he collected for his study and explains how bioacoustic recordings of the birds can help us understand how they settle into life in the wild — and ultimately help improve the reintroduction project.

If you enjoy the Mongabay Newscast, we ask that you please consider becoming a monthly sponsor via our Patreon page, at patreon.com/mongabay. Just a dollar per month will really help us offset the production costs and hosting fees, so if you’re a fan of our audio reports from nature’s frontline, please support the Mongabay Newscast at patreon.com/mongabay.

You can subscribe to the Mongabay Newscast on Android, the Google Podcasts app, Apple Podcasts, Stitcher, TuneIn, RSS, Castbox, Pocket Casts, and via Spotify. Or listen to all our episodes via the Mongabay website here on the podcast homepage. 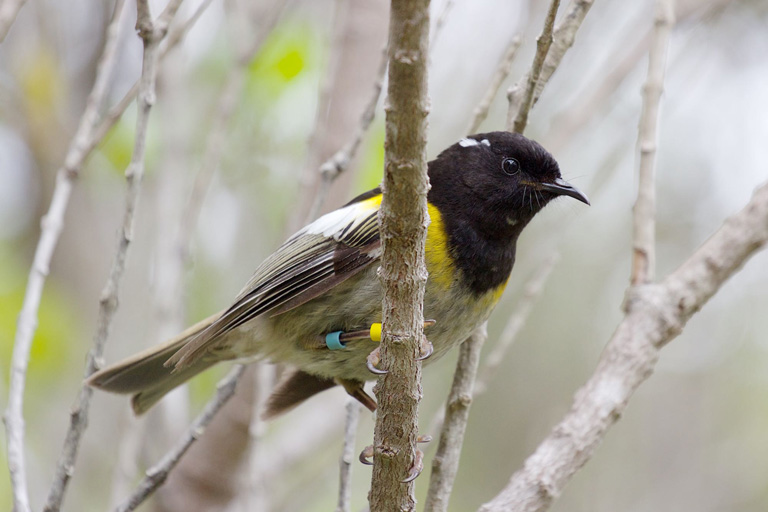 A male hihi (Notiomystis cincta). Hihis (or stitchbirds) were driven extinct on New Zealand’s mainland and are now being reintroduced into areas free of rats and other invasive mammals. Image courtesy of Zoological Society of London (ZSL).

Ion age: why the future will be battery powered

Otters and their social learning abilities.