Africa’s elephant population has plummeted from roughly a million in 1970 to around 400,000 today – a decline which is largely blamed on poaching for their ivory tusks. At its peak in 2011, poaching claimed 36,000 elephants a year, or one every 15 minutes.

Many of us are familiar with these statistics thanks to campaigns to end the ivory trade. But with our attention focused on poaching, an arguably greater threat to Africa’s elephants has emerged. In the time that Africa’s elephant population has crashed, its human population has boomed. The number of people living in Africa has doubled since 1982, reaching a billion in 2009, and is expected to double again by 2050. 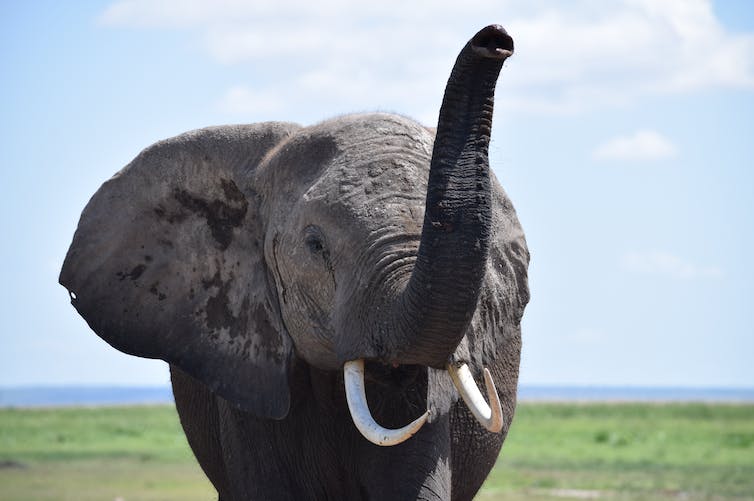 To feed and house this growing population, natural habitats have been fragmented by roads and railways and entire swathes have been converted to farmland and settlements. As a result, Africa’s elephants have been squeezed into smaller and increasingly isolated pockets of land. It’s very possible that the future for all of Africa’s elephants will resemble what is currently seen in South Africa.

Here, elephants are largely confined to small, fenced reserves separated by vast human-dominated landscapes. Elephants can’t disperse from these reserves, but their relative protection within them has seen their densities increase. So much so that in stark contrast to the “elephant extinction” narrative we’re used to, some consider South Africa’s reserves to have “too many elephants”.

An excess of elephants?

Elephants play a crucial role in Africa’s savanna ecosystems as seed dispersers. Their dung recycles valuable nutrients and by feeding on trees they maintain the savanna’s matrix of woodland and grassland and the biodiversity it supports.

However, over prolonged periods, high elephant densities can reduce tree cover, which shrinks woodland and expands grassland habitats. This may threaten browsing species, such as black rhinoceros and bushbuck, for which trees provide food and shelter.

Managing elephants to prevent habitat change and preserve biodiversity has a long history. Culling programmes continued into the late 20th century and only ended in Kruger National Park in 1994. Culling remains a “last resort” for managing elephants in South Africa and there have been recent calls to resume culling operations in Botswana. 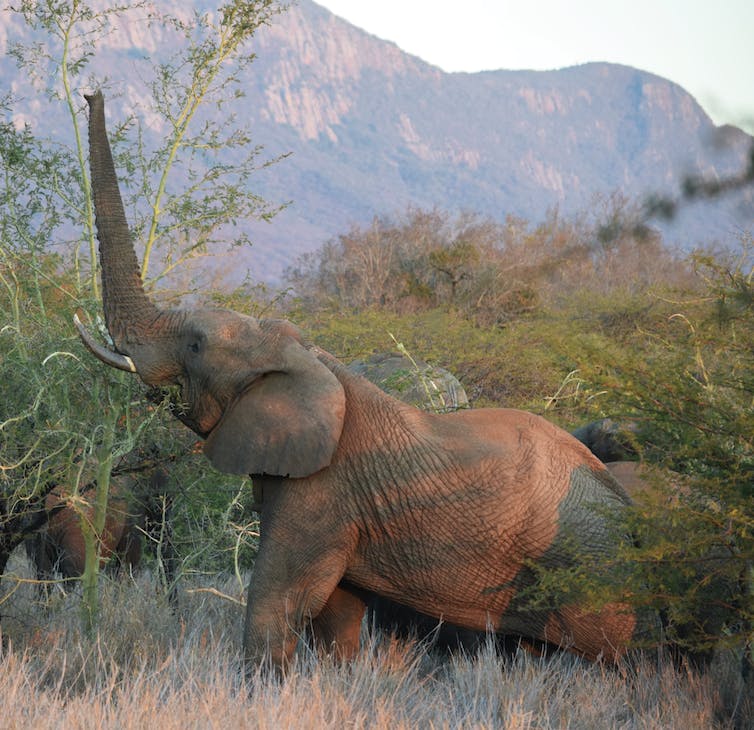 Culls have now largely been replaced by non-lethal approaches, including translocating elephants to other areas and contraceptives to reduce birth rates.

However, all management interventions cause some degree of stress for elephants. There’s always a small risk with using anaesthetics and hormonal contraceptives can alter an elephant’s behaviour.

The fundamental question over the future of Africa’s elephants is whether we are happy to allow them to exist only where they are heavily managed. If so, then we’ll need more research to understand the most effective and ethical ways of managing elephants. If not, then securing more space for elephants alongside human communities could be the answer.

This boils down to an old debate – to spare land or share it. Land sparing means separating pristine wildlife habitats from areas of human activity while land sharing involves maintaining biodiversity within landscapes shared by humans. But which is best for conservation?

At present, land sharing systems outside of Africa’s national parks and reserves are fragile. Human-elephant interactions can threaten the lives of both parties but strategies exist to help coexistence.

At the heart of all of them is an understanding that there must be clear benefits to humans in sharing space with elephants. The revenue from tourists paying to see elephants can provide direct employment but education programmes are also necessary to help people understand how elephants benefit the wider ecosystem. 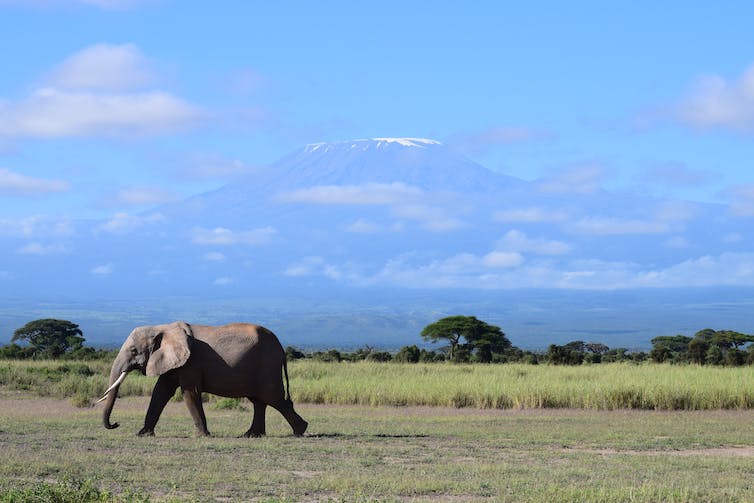 In Amboseli, Kenya, elephants share over 80% of their range with livestock and crop farmers. Vicky Boult, Author provided

Livelihoods outside agriculture must be encouraged to reduce pressures on habitats and wildlife while providing stable incomes in the face of changing environments. Thoughtful land management and planning should ensure vital elephant habitats are protected.

Groups across Africa are already working on solutions which can deliver this. Alongside tourism, projects have emerged which generate revenue from elephants without harming them or the environment, such as producing paper and gifts made from elephant dung.

The charity Save the Elephants teaches local children about the benefits of living in harmony with elephants and organisations such as the Amboseli Ecosystem Trust have started working with conservationists, politicians and local communities to plan how coexistence can be achieved.

Land sharing between humans and elephants will depend on this kind of collaboration between governments, conservation groups and local communities. If people want more for Africa’s elephants than confinement to heavily managed reserves, then everyone needs to be consulted. Only then can there be hope for peaceful coexistence between people and elephants.