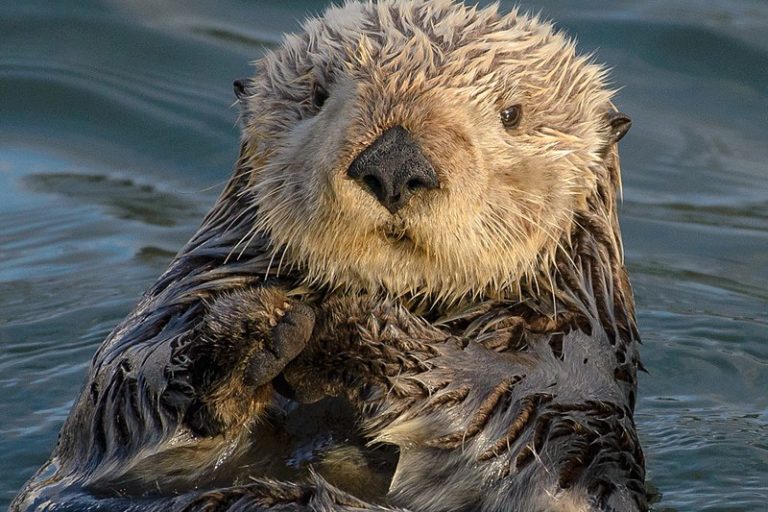 Sea otters get creative when it comes to satisfying their hunger. While they use their teeth to crack open hard-shelled prey like mussels and clams, they’ve also been seen using rocks and stones to get the job done. Sometimes they use a stone underwater to pry loose abalone from a substrate. They may also pound the shells on stones held against their chest while floating on their backs, or bang the shell against larger stationary rocks or boulders until it cracks open. In fact, sea otters are the only marine mammals known to use stone tools.

Now, a new study has found that by striking shells on rocks, sea otters (Enhydra lutris) leave behind distinct archaeological signatures. These marks can be used to trace sea otters in locations where they’re now extinct, researchers report in the study published in Scientific Reports. 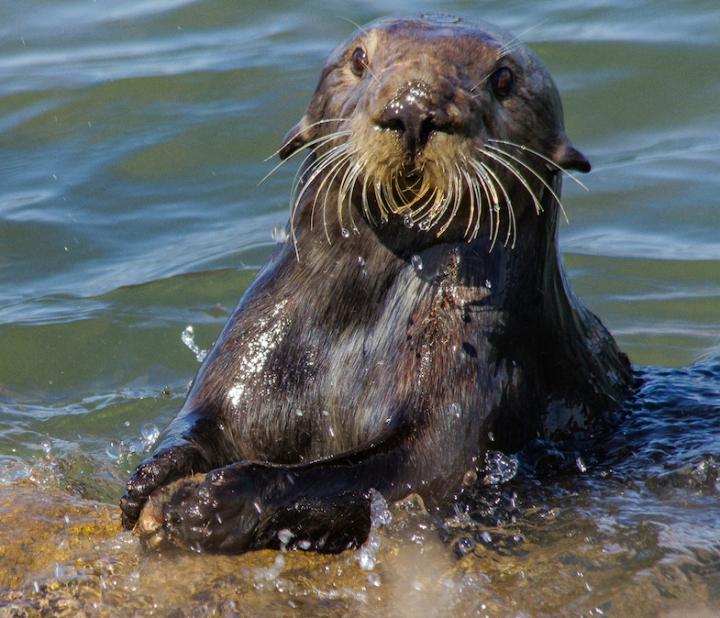 By combining 10 years of sea otter observations, from 2007 to 2017, at the Bennett Slough Culverts site in Monterey, California, researchers found that the sea otters most commonly ate mussels. For about 20 percent of the consumed mussels, the otters used stationary rocks to break open the shells: they would hold a mussel between both forepaws and strike it rapidly and repeatedly against a rock, the authors write.

The researchers also carefully examined 421 rocks in the area and found that 77 had distinct damage patterns resulting from the repeated shell strikes. For example, the sea otters preferred to banged the mussels against points and ridges on the rocks, causing damage, while the flat faces of the rocks were left relatively unscathed. At the same time, the wear patterns on the rocks pointed to pounding of shells from a position in the water rather than from the land or from on top of the rock.

The researchers also found clear damage patterns on mussel shells left around the stationary rocks. While the two sides of the mussel shell were still attached, the right side had a diagonal fracture running through it.

“The shell breakage patterns provide a novel way to distinguish mussels broken by sea otter pounding on emergent anvils from those broken by humans or other animals,” Natalie Uomini, co-author of the study and a research fellow at the Max Planck Institute for the Science of Human History, Germany, said in a statement. “For archaeologists who excavate past human behavior, it is crucial to be able to distinguish the evidence of sea otter food consumption from that of humans.”

Today, sea otters are listed as endangered on the IUCN Red List. But their distinctive use of stone tools, and the damage patterns they leave behind both on the rocks and shell debris, could be useful in identifying places that the otters once occupied.

“This information could help to document past sea otter presence and diet in locations where they are currently extirpated,” said Jessica Fujii, a co-author of the study and researcher at Monterey Bay Aquarium, California. “More broadly, the recovery of past animal behavioral traces helps us to understand the evolution of behaviors like stone anvil use, which is rare in the animal kingdom and is extremely rare in marine animals. We hope that this study establishes a new path for the growing field of animal archaeology.”

This Halloween, do the right thing — fight food waste and eat your pumpkin