A new research effort from the Khaled bin Sultan Living Oceans Foundation and the University of Miami (UM) Rosenstiel School of Marine and Atmospheric Science created an atlas of the world’s coral reef — the body of data contains maps of over 65,000 square kilometers (25,097 square miles) of coral reefs and their surrounding habitats. 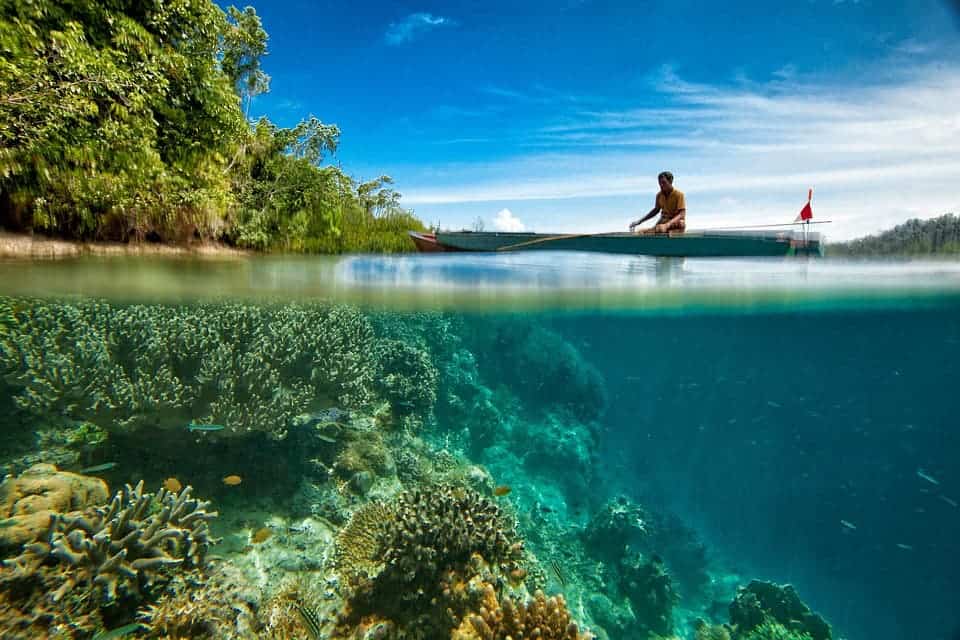 Scientists now have a new tool at their disposal to accurately map large areas of coral reefs — much cheaper and faster than any time before. Traditionally, coral reef surveys are expensive, slow, and limited in scope. The main problem was that they relied on highly-trained divers swimming through the reefs, gathering data. Using the new model, however, researchers can now create detailed coral reef habitat maps at a regional scale without having to survey the entire reef in person.

“In order to conserve something, it’s imperative to know where it is located and how much of it you have,” said Sam Purkis, professor and chair of the UM Rosenstiel School Department of Marine Geosciences, and the study’s lead author.

“Developing such an understanding for coral reefs is especially challenging because they are submerged underwater and therefore obscured from casual view. With this study, we demonstrate the potential to use satellite images to make coral reef maps at global scale.”

The atlas is the product of the 10-year long Global Reef Expedition by researchers from the Khaled bin Sultan Living Oceans Foundation, who traveled to over 1,000 coral reefs in 15 countries. They surveyed the reefs down to a one-square meter scale in a bid to help us better understand coral health and resilience. Many of the reefs they surveyed had never been studied before, the team notes. 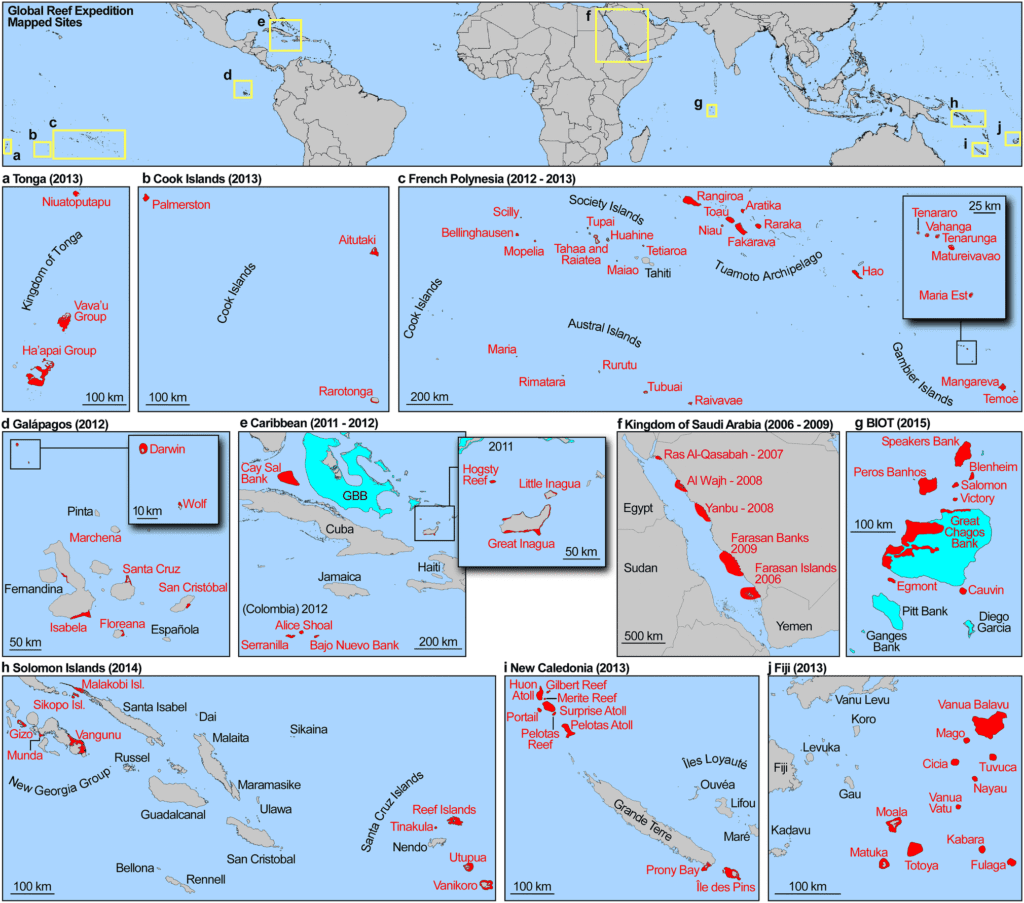 Data collected by divers of the Global Reef Expedition was analyzed and — using ultra-high-resolution satellite imagery –extrapolated across entire reef structures. The team used video footage taken with cameras dropped at precise coordinates along the reef to validate the accuracy of their mapping method. The resulting maps are publicly available on the World Reef Map, an interactive coral reef atlas that anyone can use to explore all of the coral reefs and shallow water marine habitats mapped by the Global Reef Expedition.

“Benthic habitat maps are an essential tool in coral reef conservation as they provide a snapshot of where reefs are located and the status of their health,” said Alexandra Dempsey, the director of science management for the Khaled bin Sultan Living Oceans Foundation and a co-author of the paper.

“Scientists will use these habitat maps as baseline data to help track changes in reef composition and structure over time.”

Although the maps do not cover every reef in the world, they do include a meaningful portion of global reefs, the team says. As it was constructed with data recorded over the last 10 years, it also offers a unique baseline of coral reef health prior to the massive 2017 bleaching event. The team hopes that the publicly-available atlas will help governments, as well as conservation organizations, to protect and restore reefs. It is estimated that 50% of the world’s reefs have been lost in the past 40 years due to climate change and human activity, the paper also writes, underscoring the need for conservation and restoration efforts.

The paper “High-resolution habitat and bathymetry maps for 65,000 sq. km of Earth’s remotest coral reefs” has been published in the journal Coral Reefs.

Curious Kids: why is spider silk so easy to break when it’s supposedly stronger than steel?

How our floating homes will help people in flood-prone countries