Kenya has been urged to halt construction of the country’s first ever coal-powered plant near the coastal town of Lamu, until an assessment is made of its environmental and cultural impact, in the latest setback to the $2bn project (£1.6bn).

Plans for the 981MW station, backed by a Chinese-led consortium, are in limbo after Kenyan judges revoked the environmental licence at the end of June. They ruled the authorities had failed to carry out a rigorous environmental assessment and to inform local people of potential impacts.

Environmental campaigners – who took Amu Power and the Kenyan National Environment Management Authority to court over the station – hailed the ruling as a victory for grassroots lobbying. They had argued that the adverse effect the plant would have on local fishermen and farmland had not been considered. 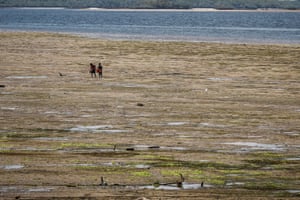 The court ruled that the impact on locals and the environment had not been thoroughly assessed. Photograph: Dai Kurokawa/EPA

Unesco’s World Heritage Committee, in a meeting in Baku, Azerbaijan this week, called on Kenya to revise the environmental assessments of the coal plant and to consider the potential impact of pollution on the “fragile” stone buildings of Lamu old town, a 14th-century tourist destination and world heritage site. If Kenya fails to submit a new environmental impact statement by February 2020, Lamu could be added to its list of world heritage sites in danger, the committee said.

Activists say the plant could trigger breathing problems for locals and acid rain as well as increase Kenya’s total greenhouse gas emissions by 700%. The plans lie in contrast to Kenya’s existing commitment to fighting the climate emergency, including generating two-thirds of its electricity by renewable sources and reducing its carbon footprint by a third by 2030. 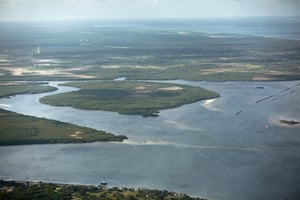 The fossil fuel plant was an example of the dilemmas faced by developing countries with rich environmental and cultural resources, activists said at the Unesco meeting.

“One of the challenges Africa faces is the pursuit to modernise with large development projects as well as rapid and unplanned urbanisation that destroys rich cultural resources. Lamu is a key example of this,” said Mohammed Athman, a board member of Kenyan environmental organisation Save Lamu.

The US ambassador to Kenya, Kyle McCarter, has been widely criticised by activists for wading into the debate to argue that coal is environmentally sound, that the plant would boost the country’s economy and that a critical analysis of the project by a US thinktank amounted to the work of “highly paid protesters”.

“Coal is the cleanest, least costly option,” the Trump-appointed former Republican senator in Illinois wrote on Twitter, ahead of the ruling on the 26 June. He also cited his experience with coal in his home state as evidence that fossil fuel would work well in Kenya.

Mithika Mwenda, the executive director of Pan African Climate Justice Alliance, one of many groups opposing the initiative, raised concerns over the ambassador’s “absurd” comments.

“What interest does the US have in the coal-fired project?” Mwenda said in a statement. “How will the economy grow if the Kenyan taxpayer is going to be subjected to hugely unsustainable debts, even before we can start producing power?”

In sharp contrast to McCarter’s comments, the Chinese ambassador to Kenya told opponents of the plant on 28 June that he supported the will of the Kenyan people on whether or not they want a coal-fired station, according to a Kenyan newspaper.

A US state department official told the Guardian that the US backs an approach that takes into account “all forms of energy”, including renewables, and stressed electricity must be affordable and reliable to attract investment.

“American companies and investors are ready to partner with Kenya to help them achieve an affordable and reliable power grid, in all forms of energy, to support the exponential growth expected in Kenya’s prosperous future using whichever source they choose,” the official said.

Construction on the plant was due to begin in 2015, but has been subject to many delays, partly due to opposition from environmentalists.

The joys of springs: how Kenya could steam beyond fossil fuel

The backers of the initiative say it will help address Kenya’s frequent blackouts and secure energy needs by increasing energy output by nearly a third and generating power that would cost half of what consumers currently pay.

But last month, a US thinktank said electricity will cost 10 times more than currently planned.

Amu Power has said electricity from the plant will cost $0.072 a kW. However, the US-based Institute for Energy Economics and Financial Analysis said in an independent study – the most comprehensive on the station’s cost so far – that the cost projections of the project are “unrealistically low”. It said the project would cost consumers more than $9bn, even if the station never generates any power, and recommended it be cancelled.

The station could still be revived if a new environmental assessment addresses the concerns laid out in the June decision. Those defending the plan were given 30 days to appeal.

Preparing for A Rhino Rescue Mission