In my day job, I am a scientist at the University of Aberdeen in Scotland studying things such as how agriculture contributes to climate change and what we can do about it. Recently, though, I found myself in Geneva, to take part in my fourth “adoption plenary” for a report of the Intergovernmental Panel on Climate Change (IPCC).

The report in question was the recent Special Report on Climate Change and Land, and I was one of its 15 convening lead authors, responsible along with two others for a 300-page chapter on links between desertification, land degradation, food security and climate change. The adoption plenary is the process by which the 195 governments who are part of the IPCC reach consensus on the wording of a much shorter (40 or so page) “Summary for Policymakers” (SPM) of an entire IPCC report, and thereby adopt its findings.

The process of approval is gruelling for all concerned: it’s allocated five days, with an additional reserve day allocated which is often used. During this period, every word of the policymakers’ summary has to be agreed and approved, line-by-line, with delegates from all governments in the room.

As an author, I had to respond to comments from the governments and, for example where language was unclear, to suggest another form of words that was consistent with the findings of the underlying report. Since the whole process of how IPCC reports are approved will be a mystery to most, I want to look at how this adoption process works and why we need to have them.

When certain text is contested, the chairs can propose a “huddle”, which is a short, unofficial, offline discussion between the authors and any interested government delegates to resolve the issue. The newly agreed text is then brought back to plenary for approval.

For very complex issues, “contact groups” are established. A contact group is an official break out group, chaired by two governments, and includes delegates from any other government who wishes to participate, along with the report authors, to clarify complex issues in detail. 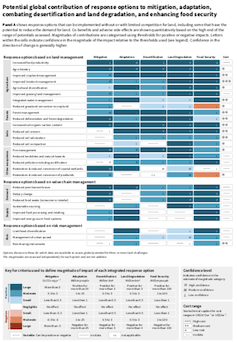 Contact groups may continue for several sessions over a number of days. One contact group, for example, spent two days hammering out the exact form and wording of the summary’s Figure 3. This summarised the findings of the whole report on the complex interactions between desertification, land degradation, food security and climate change. When agreement is reached, the outcomes still have to be approved in full plenary.

In terms of work involved, sessions each day often run well into early hours of the morning. On the final day of the land report, discussions ran all through the night and finished after midday the following day. It is extremely tiring for the government delegates and for the report’s authors. As a younger scientist, I certainly didn’t imagine I would sometimes end up working the hours of an investment banker.

Governments can contest the findings of even the best peer-reviewed study – but with an IPCC report, once it is adopted, the government has already agreed to the findings and the report immediately gains more weight. IPCC reports are used by governments across the world to guide policy, and it is for this reason that scientific authors continue to put themselves through the hell of government adoption plenary. 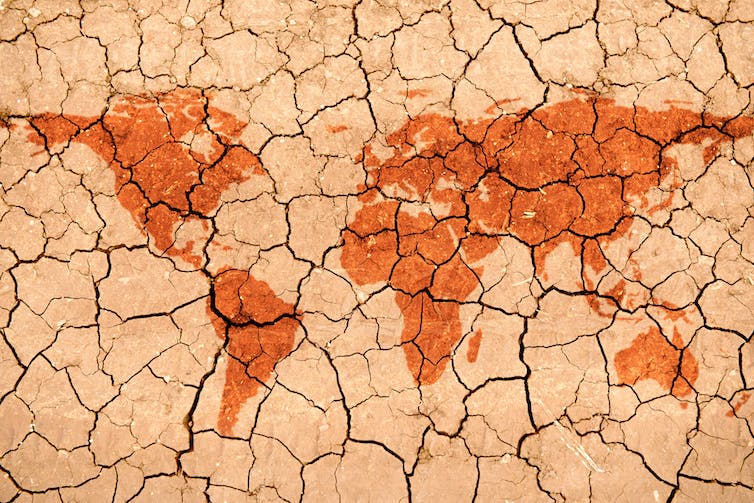 The IPCC’s latest report looks at how climate change is linked to land use, and problems like desertification. Franck Boston / shutterstock

In the past, those sceptical of the government adoption process of IPCC reports have compared the final wording of the policymakers’ summary to earlier leaked versions and cite this as evidence of government interference in the scientific outcomes. But there are a few important things to note about this process.

If certain figures or paragraphs of the SPM cannot be approved by governments, as sometimes happens (although not this time), this draws more attention to those sections and readers often go to find them in the underlying report to see what all the fuss was about.

For instance the section on “international cooperation” in the summary of the IPCC’s 2014 report on climate mitigation (section 5.2 here) was much shorter than the version that appeared in the technical summary. So people went to read the text there to find out what was missing. If any government ever wanted to suppress the science, failing to approve part of the Summary for Policymakers would be a sure-fire way to draw attention to the contested findings. 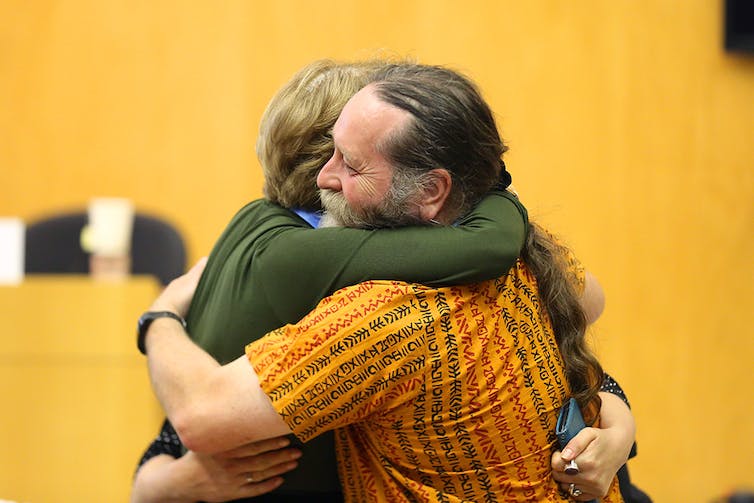 As well as the fatigue, all participants at various stages feel frustration when things are progressing slowly, and relief when agreement is eventually reached. Yet, at the end of this hellish process, I am really pleased with the outcome. But I’m also very happy to wait a few years until my next adoption plenary.

After a year of no babies, 3 right whale calves spotted off U.S. coast

Saving gorillas ‘one sip at a time’