Successful environmental stories are something rare to find, especially during the current climate crisis. But there is one happening on the west coast of the United States that is worth telling. 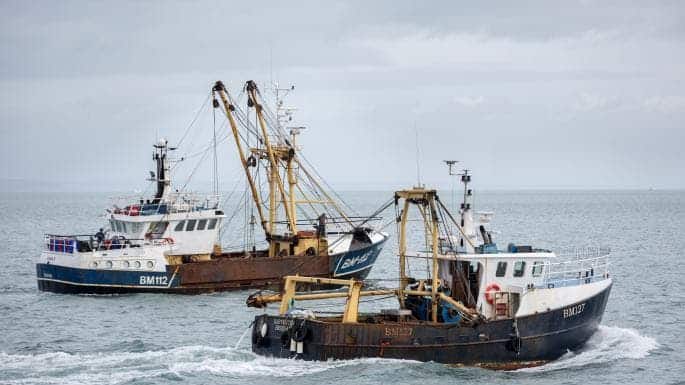 Two decades after authorities banned their work in large parts of the Pacific Ocean due to species’ depletion, bottom trawler fishermen – those who fish deep-dwelling fish such as bocaccio using nets – are returning by reinventing themselves in a sustainable way.

On January 1st, authorities will reopen a fishing area three times the size of Rhode Island near Oregon and California. Groundfish bottom trawling will again be authorized to work, even with the approval of environmental groups that used to question the activity.

The success story comes after a long collaboration between fishermen and environmental groups. They developed a long-term plan that will allow the groundfish industry to make a comeback, while also protecting large areas of reefs and coral beds that benefit the overfished species.

“It’s really a conservation home run,” said Shems Jud, regional director for the Environmental Defense Fund’s ocean program. “The recovery is decades ahead of schedule. It’s the biggest environmental story that no one knows about.”

The initiative was also celebrated by conservationists focused on the deep-water habitats, an area now not explored by bottom trawlers. According to the agreement between fishermen and environmentalists, there will be an area of the ocean 3.4km deep that will be off-limits to bottom trawling.

“Not all fishermen are rapers of the environment. When you hear the word ‘trawler’, very often that’s associated with the destruction of the sea and pillaging,” said Kevin Dunn, whose trawler Iron Lady was featured in a Whole Foods television commercial about sustainable fishing.

Groundfish refers to dozens of species that live on or near the bottom of the Pacific. Vessels use weighted nets to get as many fish as possible, but by doing so they can harm underwater habitat. Since the 1990s, scientists have been warning over the reduction of fish stocks, with nine of the more than 90 groundfish species in trouble.

Regulators soon took action, assigning quotes to trawlers on the amount of each species they could catch. Fishermen learn which areas to avoid and started innovating to net fewer banned fish. Surveys showed a rebound in groundfish and an 80% decline in accidental trawling of overfished species.

The success of the quota system led to revived conversations between environmentalists and trawlers, as regulators were due to revisit the trawling rules. The two groups met more than 30 times and started working on a proposal, sharing information and knowledge.

This led to a plan being approved last year by regulators to reopen the Rockfish Conservation area near Oregon and California and ban future trawling in extreme-depth waters, also making off-limits certain habitats that are considered essential for fish reproduction.

“A fair number of fishermen thought it was a good deal and if it was going to happen, it was better for them to participate than not,” said Tom Libby, a fish processor who played a big role in the agreement. “It’s right up there with the best and most rewarding things in my career – and I’ve been at it 50 years.“

The fishermen will now have to work to increase consumer demand for a fish that hasn’t been available in grocery stores and restaurant menus for a generation. They will be able to harvest as much as 54 million kilograms per year, according to the new scheme.